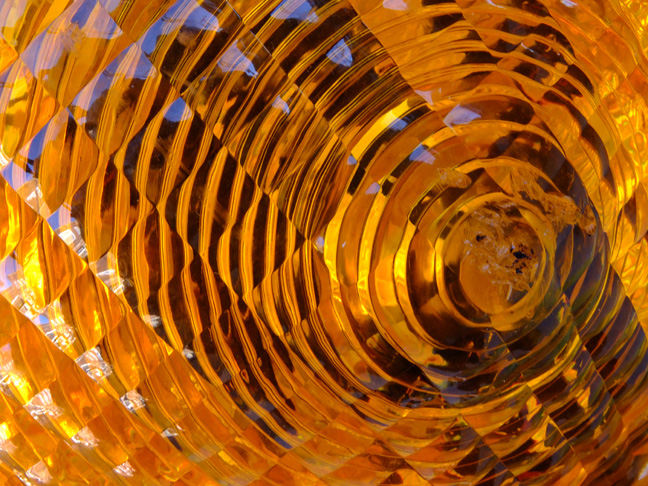 This is a better…ahem…reflection of my attempts to find interesting abstracts within objects. This image was taken with a Fuji X10 and is straight off the card, without any cropping, sharpening, or color correcting. I was taking photos of various businesses in a nearby town, including macro shots of the glass bricks in a bank window. Since this is quite near to the police station, I wouldn’t have been surprised to be confronted about what I was doing. But the only time anyone questioned me—what they actually said, from a car on the other side of the street, was “Can I help you?”—was when I was taking a series of closeups of this reflector on a traffic barricade. I said, “I’m just taking a picture of this reflector,” and rather unnecessarily pointed to it (my camera lens was practically touching it). Apparently satisfied, they drove off. Go figure.

One thought on “Reflector ~”