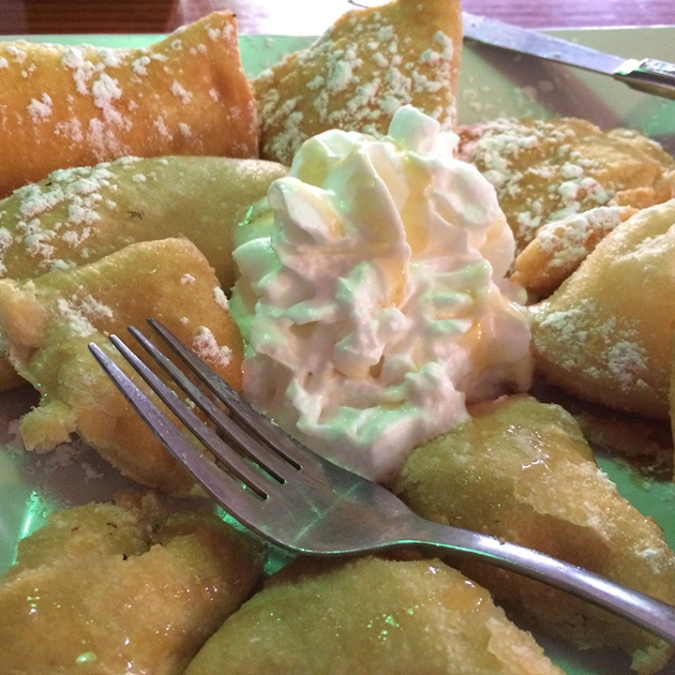 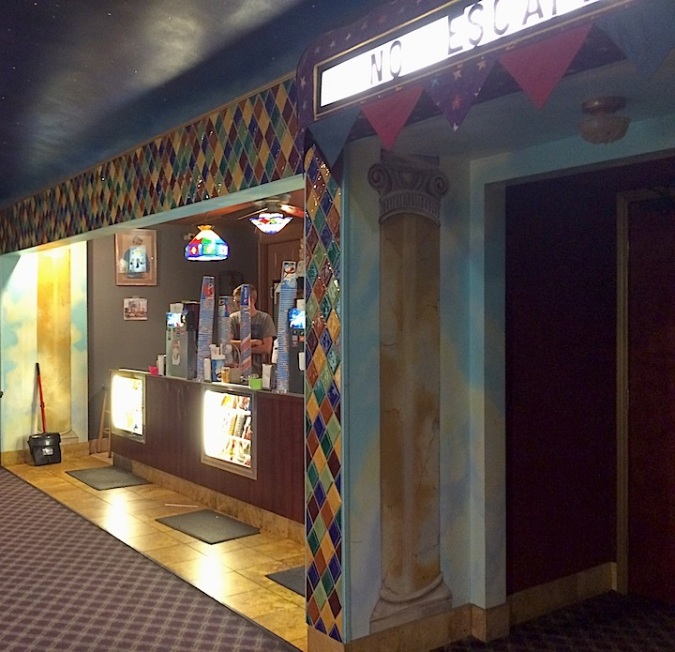 Everyone who has flown across the Great Plains has seen the crop circles made by pivot irrigation. They are a potent reminder that we cannot truly grasp the way humankind has remade this planet without seeing it from the air. But we also must see it from the ground—and we can, a little bit, in this case. When you’re driving in Kansas, anytime you see a pivot irrigator near the road, watch as the edge of the crop circle recedes from you on the far side. Often you can see the edge on the front side as well, if you’re paying good attention.

Irrigation circles are plentiful after Hays, which is high-plains country and where you begin to see gates at the entrances to the interstate, to close it off in case of heavy snow. I exited I-70 at Goodland, took an inordinate number of photographs at a Steak ‘n Shake (of all things), and drove back roads north to Haigler, Nebraska, right at the corner of the state. The last part of this drive finally satisfied my need for isolation.

One of my hopes for this trip was to see the fields of sunflowers, the flower that Kansas has made one of its state symbols. Eventually I saw two fields of cultivated sunflowers, but their heads were all bowed down, like a crowd of penitents. Drought? Too close to harvest? I’m not sure. The roads are lined with wildflowers that look like native sunflowers, rather small and not very tall growing, but I was able to get only one decent photo of them.

The county roads in Kansas, or at least this part of Kansas, are lettered rather than numbered. CR X amounted to a pair of barely discernible rutted tracks mounting an arid hill. CR Y seemed like a lament; a few miles later, CR YY seemed like a command. CR Z felt like the end of the world. After I headed west from Haigler and crossed the border into Colorado, I saw that the county roads here are numbered. One of them was CR 92 1/2. I am still puzzling over this and have come up with no plausible explanation for it. How can you have 1/2 of a road? I was hoping things would deconstruct even further, to 1/4 or even 1/8 of a county road, but I never spotted so much as one other 1/2.

I made it to my intended destination, Fort Morgan, Colo., but then I crashed. A pattern seems to be emerging: two days driving and/or seeing “attractions,” one day in bed at a motel. My do-not-disturb sign at this absurdly expensive Hampton Inn in Fort Morgan, Colo., says “Resting.” I noticed that someone else’s, however, says “Relaxing.” They’ve got me pegged. I’m surprised mine doesn’t say “Recuperating” or even “Restructuring.” The door plates here each have a black-and-white photograph next to the number. Mine shows an old-fashioned air pump from a filling station. I’ve checked out eight or nine other rooms and so far each photo is different. A pile of horseshoes. An old church bell. An antiquated alarm clock. A little boy sitting against a bale of hay. A parking meter. I like these.

As usual when I’m exhausted and hurting, depression sets in. After sleeping all day and then texting a good friend for encouragement, I finally pulled myself together around 5 p.m. and went out to eat. At the Acapulco Café I had my biennial BLT (no more bacon for me for two years), which came with fries better than anyplace in Carbondale makes them. And then for dessert I ordered the sopapillas, which can’t be had anywhere in C’dale as far as I know. These were served on a monstrous plate with a mountain of whipped cream in the middle, and they were the best I’ve ever had, even better than the ones at the diner in Santa Fe that I can’t remember the name of that’s just off the market square. I offered to share my order with the only other diners, a young woman and her little girl, who are staying next door to me at the Hampton (I recognized the woman’s dress). She turned me down and apologized in advance for her girl, who was talking incessantly, interspersed with shrieks that reminded me of the birds in Hays. So I ate almost all of them myself. I thought I’d regret it, but I didn’t; I felt just fine. They did me a world of good, I think.

Then I went a block down Main Street (which does not seem to be thriving here in Fort Morgan) to the old-fashioned movie theater. I could have seen “Straight Outta Compton,” which seems like a hilarious choice out here on the high plains, but instead I went with “Ricki and the Flash.” It isn’t a well-written movie—1970s rock ‘n roll really isn’t the quick fix for a rock-bottom relationship with the mother who deserted you when you were young—but Meryl Streep is a good singer and she learned to play the guitar for this movie, at least enough to get through the 11 songs she had to perform. Her singing was the part that interested me enough to pony up the eight bucks this small-town theater must charge just to survive—that plus the fact that I didn’t want to see any of the other three movies playing. I talked to the theater owner for awhile; he and his movie house are hanging in there, he says.

And then I did my laundry at the Hampton. Given that I plan to shorten the trip considerably, I may not have to do laundry again until I get home. So hurray for that.

I’ve been plagued with memories ever since I left Lawrence. I crossed Kansas once with my first husband, several times with my (now-deceased) second husband, and once with a (now-deceased) boyfriend, and it saddens me greatly to think of all of that potential life lost. Two of those trips were occasioned by my parents’ deaths. It will soon be September 8, the day Mom died 18 years ago. If I had had a baby that year, that child would be going off to college now. It’s a fact that almost stops my breath. I’m a ruminator by nature, and the comparative isolation of the Great Plains reinforces that tendency.