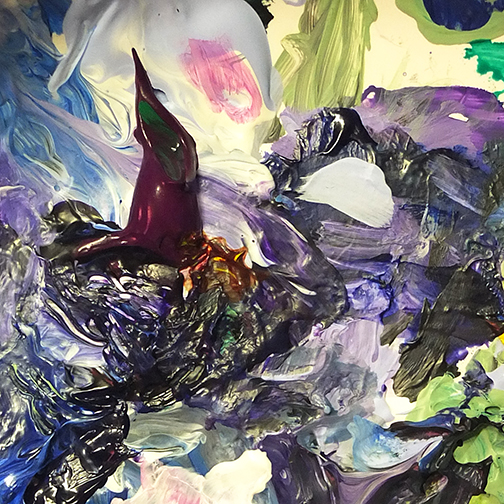 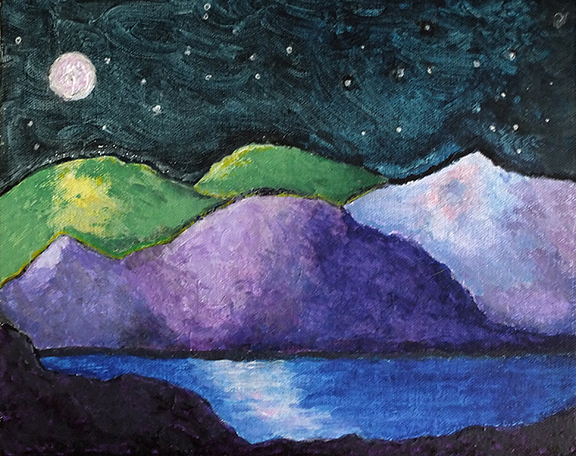 Alas, thus far I seem to have a rather lurid style. I began this painting by trying to copy a lovely, delicate watercolor by a contemporary artist named Jane Voorhees. Other than a slight similarity in the landforms, however, this painting bears no resemblance to the watercolor. The title is thanks to Nick Drake, of course, whose fame exploded a number of years ago after VW used snippets of this song in a commercial where two young couples in a convertible forgo a party to go spinning down the road in the magical moonlight. But “Pink Moon” is not about magic; it is, almost certainly, about death. Nick Drake suffered from depression; he either killed himself or overdosed on antidepressants. But even his darkest songs are beautiful. Have a listen.