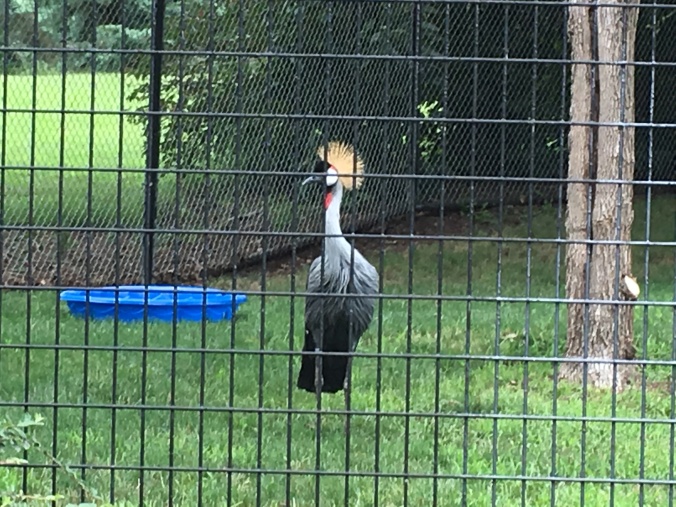 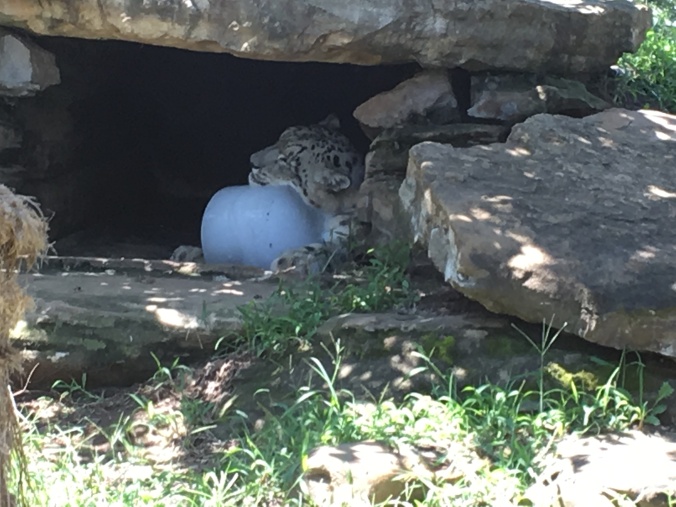 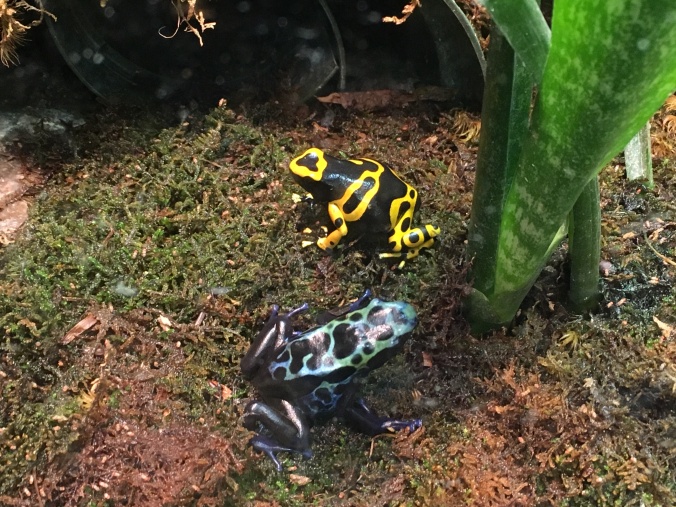 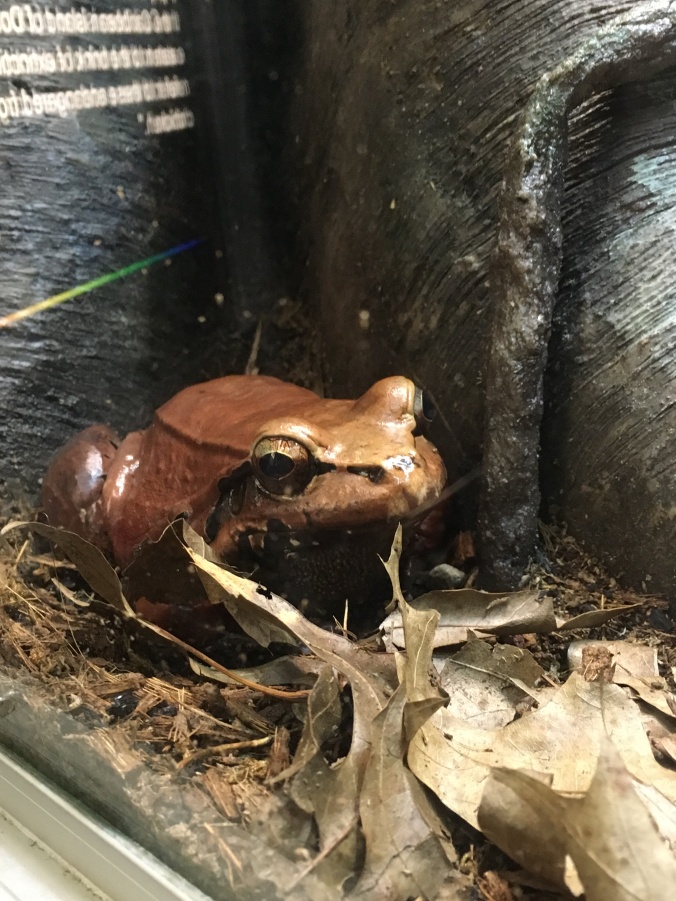 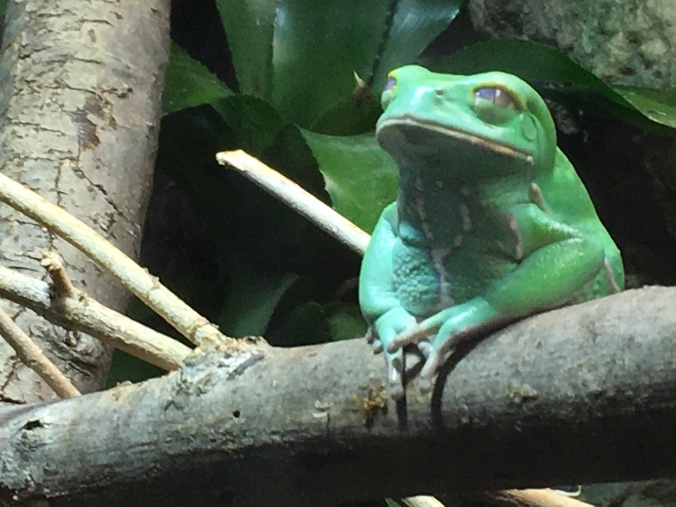 Every time I’ve driven past Salina, Kansas, on I-70, I’ve taken note of billboards for Rolling Hills Zoo. Today I finally checked it out. It was mid-afternoon and hot, so most of the animals were napping in their dens or in the grass—barely discernible lumps of fur. After walking for awhile I got too hot, so I boarded the zoo tram at the next tram stop. I was the only passenger the whole way, so at every stop I talked to the young driver. He might have been 18. He might have been 16. He said he’d volunteered at the zoo for the past three years and this was the first year he was allowed to drive the tram. At our first stop he got off and stood by the tram looking at the giraffes in their enclosure and said thoughtfully, “I think this is the best place in the world.”

It is a beautiful place: gently rolling hills (the name is true) with trees everywhere and enclosures that allow the animals privacy if they don’t want to see humans. I told the boy that I was especially interested to see the crown crane, my favorite of the crane species. He said that it used to live in the giraffe enclosure and that he enjoyed just watching the things it would do. “It has a definite personality,” he said. “I notice that more about birds than mammals, maybe because I keep birds.”

Specifically, he keeps parakeets. “In the beginning I was hoping to breed them,” he said, “but you can’t tell the sex of a parakeet until it’s about a year old and it turned out I had all females.” Since they were laying unfertilized eggs, he once gathered about a dozen and made an omelet. “It was pretty small,” he said. He made a shape with his hands about the size of a little saucer. “They tasted just the same as chicken eggs, but instead of yellow they were almost transparent on the inside.”

This was a first for me, to meet someone who’d eaten a parakeet omelet. That alone was worth the stop. I wish now that I’d asked his name. He said his favorite part of working at the zoo was educating people about conservation, and that he hoped to go into conservation as a career.

I left the tram at the Wildlife Museum that’s a part of the zoo. This place has spectacular dioramas, but I was most interested in a special exhibit of frogs and toads. A video was playing and I heard the words “Southern Illinois University researchers led by Karen Lips discovered that frogs in Central America were dying off from the chytrid fungus….” That’s not a verbatim quote, but it caught my attention. Years ago, as the editor of SIU’s research magazine, I had interviewed Karen and learned about the alarming disappearances of amphibian species around the world due to this fungus, coupled—scientists think—with environmental stressors that have made the species especially susceptible to it. Karen and her team had chanced to be in Costa Rica and Panama at the very time this die-off was happening, and documented the event.

The exhibit included a large lighted panel with photographs of frogs and a quote from a Paul Simon song that, coincidentally, I’d been singing along to in the car just the day before:

“There is a frog in South America
Whose venom is the cure
For all of the suffering
That mankind must endure.”

He was talking about the dart-poison frog, of course. The song, “Señorita With a Necklace of Tears,” is on the album “You’re the One.”